A brand new console cycle has officially kicked off with today's release of the XBox One and last Friday's Playstation 4 release. While the most popular aspects of the Wing Commander universe originated on PC, there have been a great many console ports and exclusives over the years. Noteworthy additions from the last round of hardware include Prophecy on the Game Boy Advance, WC1 & SM1 on the Playstation Portable, Arena on the XBox 360 and a digital WC4 rerelease on the PS3/PSP. What will the next generation bring?

For starters, both Playstation and XBox include digital copies of the Wing Commander Movie in their respective streaming services, Video Unlimited and XBox Video. Microsoft has consistently highlighted the entertainment features of its platform, and there are some slick ways to get to your WC Movie there. Fans can pin a specific film right to the XBox dashboard, and the system supports multitasking a movie to a side pane even while playing video games. It's also possible to search for and launch Wing Commander from the Smart Glass phone and tablet apps for iOS and Android. Both new systems also play DVDs & Blu-rays and support third party apps like Vudu for a slightly less proprietary and more portable experience. 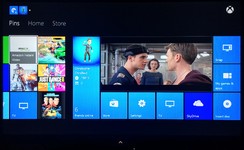 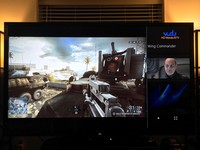 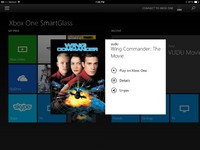 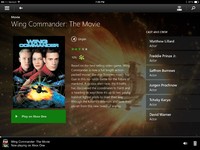