The Monday afternoon time slot appears to have been a tough one for TrueAchievement. They have rescheduled the Wing Commander Arena achievement-gathering session for this coming Sunday, May 5, at around 4 pm Eastern time (1 pm Pacific, 8 pm GMT). It's still early enough that hopefully Wingnuts from a couple continents can join in. Coincidentally, this will be a Free Xbox Live Gold weekend in the UK, so even British Xbox owners who have let their accounts lapse can jump right in! 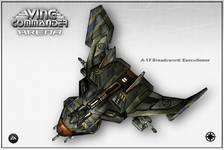 We are going to go for this again. Hopefully this is a better time than last attempt.