Wing Commander creator Chris Roberts' fundraising initiative hit new heights this week by crossing $7,000,000 in total contributions by just over 100,000 fans. Although the formal pledge campaign ended 2.5 weeks ago, late-comers have had the ability to purchase various packages at a higher dollar value. Regular updates on the new game continue to trickle out, and the Star Citizen FAQ has been updated. Front and center this week are new images and a video of one of the game's ships: the Freelancer. It was designed by Jim Martin, who also created the concept for the Kilrathi-style fighter frequently featured in promotional materials. 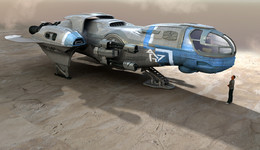 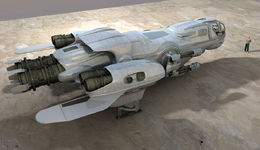 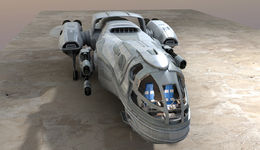 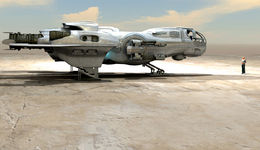 We are very sorry to report that Citizen Cards will not be ready in time for Christmas as initially hoped. On upside we have tens of thousands more of you in our awesome growing community than we ever imagined and have broken crowd funding records. As a result the Citizen Card fulfillment is a much bigger job. This combined with the merging of 34,397 Kickstarter pledges are the two reasons for the delay. Kickstarter allows people two weeks to correct any billing issues after the campaign closes so we have only recently been able to start working with the data. If we went into production now the people that backed Star Citizen on Kickstarter and the people who added tiers and upgrades on Kickstarter wouldn’t get the card level they deserved.

On a positive note we want you all to have something to gift your friends, family and fellow space sim fan lovers with Christmas around the corner. We will make digital holiday cards available later in the month so that those who’ve kindly decided to gift Star Citizen will be able to do so.