WC Mod Developed for Sword of the Stars

Earl Somers tipped us off about a neat Wing Commander project that builds on the 4X genre Sword of the Stars. The game is billed as a Prophecy mod, but there are also elements from Secret Ops that have been incorporated, and the developer, R2dical, is even looking at WC Arena meshes. A preliminary test release is available here (79 meg rar). You can learn more about the project, help provide feedback and encourage development of the next update at the Kerberos Productions forums here.

This mod replaces the human faction with a new one inspired by the Wing Commander universe, mainly the Prophecy and Black Ops versions, but also includes ships from some other releases. It was the Prophecy game that inspired this mod, so hence the name.

The current version is very much a demo, with ships intended for the fission/DE era mainly. Refineries are on their way. Anticipated the cruiser vs carrier thing so I got a "heavy escort" ship coming designed to protect carriers. It will be heavily armed with beams/projectors but be very slow.

Right now I'm working on the next update, I want to put some more ships in to make the faction more competitive, hopefully: freighters, mining ships, biome colonizers, more satellites, and some "heavier" combat ships with projectors and beams.

Some feedback would be helpful and appreciated, like: the most irritating bugs/glitches, overall combat balance against the other races, handling of ships, and the cost of carriers and support ships. 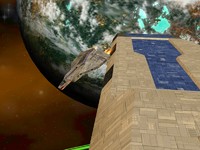 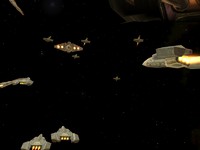 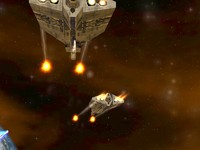 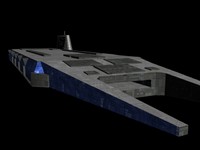 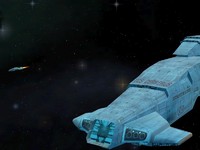 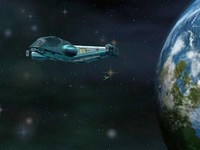 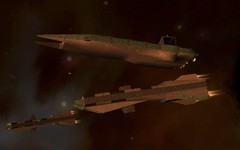 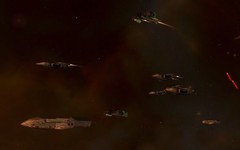 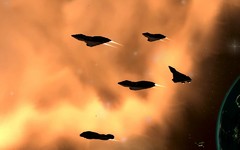