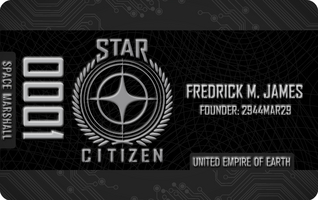 FOUR MILLION DOLLARS! We’ve DOUBLED the original goal and unlocked a LOT of stretch goals. Here’s what you just earned: increased community updates, professional mod tools FREE for players and monthly webcasts from the team. Squadron 42 will feature a richer storyline with 45 missions (more than Wing Commander I!) Star Citizen will feature a persistent universe on launch along with an additional flyable ship, the Drake Cutlass (detailed below.) The game will launch with FIFTY star systems and will feature ENHANCED boarding options (including melee weapons, upgradeable HUDs, zero-g external combat.)

Read on to see the details of our final $100K Challenge star system, Chronos… it’s an important one and you’ll be glad you unlocked it when you learn more about the Star Citizen universe! Our next target is $4.5 million, at which you will unlock 60 star systems and the largest playable ship will be massive armored cruisers! In addition, getting to $4.5 million combined will unlock all of the remaining Kickstarter goals.

If we can make it to $5 million, there’ll be a companion app, even more community updates and webcasts and a monthly town hall meeting with Chris Roberts! Squadron 42 will add celebrity voice actors and have a total of fifty missions… and Star Citizen will match the original Privateer and feature 70 star systems! Finally, a new base type will be added: alien derelicts.