Roberts Space Industries has announced that the core of their website has been restored, including the tally of how their funding campaign is going. So far, more than 6800 people have donated around $660,000, which means the project is already about a third of the way to its first goal. However, it can be hard for such projects to maintain their momentum after initial announcement, so RSI promises to keep a steady flow of information coming that will include more fan-polling, fiction features, Wing Commander history and Chris Roberts Q&A. If you're not seeing the new RSI site after a shift-reload, try clearing your browser cache and returning. And if you haven't watched it yet, check out the 11 minute pitch video of Chris Roberts detailing his goals and aspirations for the new game.

What a long, strange trip it has been! I'm very pleased to announce that the Roberts Space Industries website is coming back online as originally intended. Thanks to the heroic efforts of our web team, you can now pledge as originally intended as well as access your account information and view the real time pledge counter.

More changes are coming, too: we're in the process of setting up the more robust forum you deserve; a search feature, PMs and everything else you have asked for will be available soon. Additional payment options and the ability to add to your existing pledges (against all odds, you demanded it!) will be online in the coming days.

It's not all going to be apologetic letters and 'back to normal' updates, either. Now that we're not "all hands on deck" dealing with the site outage you will see the Comm-Link and other familiar sections return to life. Expect more polls, in-depth ship descriptions, news from the world of Star Citizen and more Q&A with Chris Roberts! Ask him about physics! (On second thought, maybe you shouldn't, we'll be here all day…) We're also putting the finishing touches on the maps and the Galactapedia.

And one last thing: your Golden Tickets WILL RETURN. We had to put them away while we fixed the site, but you'll find them waiting for you in your accounts in the coming days.

I'd like to thank you all, personally: you space pilots have proven yourselves to be the most thoughtful, helpful and incredibly patient group I have ever had the pleasure of working with. I feel terrible that the web issues have impacted such a great group. We're going to do everything we can to justify your treatment of our endeavor. It's going to be cool! 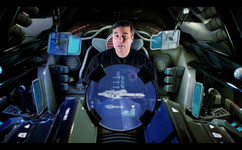 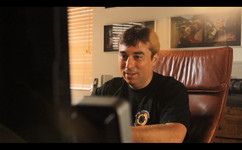 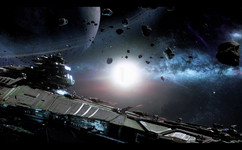