Chatzone member Decay has posted four videos of Super Wing Commander gameplay. Wingnuts can watch him play through three missions in the middle of the game: Lambda and Epsilon Wings in the Dakota System followed by Theta Wing in the Kurasawa System.

Super Wing Commander is a partial remake of the original Wing Commander for the 3DO Interactive Multiplayer. it was later ported to PowerPC-era Macintosh computers. It features full speech and entirely redone graphics of roughly the same quality and style as Privateer and the Strike series of games. The game is always a fun experience and worth tracking down for anyone who interested in a new Wing Commander experience. It's a bit difficult at first to reprogram your brain to see fighters you know as something else. Watching these videos, remember, that's not a Gladius. It's actually a Raptor.

Be sure to drop by the Chatzone thread and let him know what you think!

...let me know if I should do more videos of earlier missions or keep going with my current save game. I will keep uploading if you guys are enjoying it. 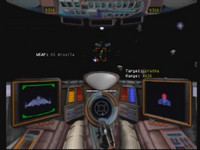 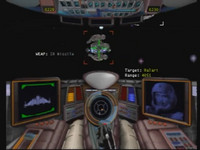 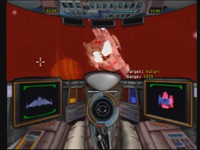