Wing Commander III Sketches: It's a Set Up

As promised, here is a set of Wing Commander III sketches kindly discovered and scanned by Sheri Graner Ray. Four of them are sketches of the game's live action sets (flight deck, bridge, etc.) which were rendered in 3D by artists at Origin... and the fifth is the Victory's escort destroyers (TCS Coventry and Sheffield!) Sheri notes that the "Dicko" under one of the sketches indicates it was done by Origin artist Richard "Dicko" Mather. 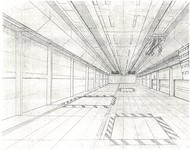 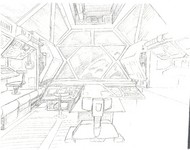 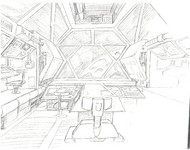 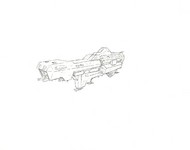