Austin, Texas based Escape Hatch Entertainment is trying to get Starlight Inception off the ground. The player character is a young pilot on a carrier that gets sent to various hot spots in the solar system. The driving force is 3D artist Garry Gaber, formerly of LucasArts, where he worked on titles such as Star Wars: Galaxies. Closet new-age fans will also be excited that David Arkenstone will be composing the soundtrack. Inception is targeting PC and PlayStation Vita platforms via digital download. The group welcomes any feedback from space sim gamers and they might be interested in artists that can do work for hire. They're also hoping to secure enough funding through a Kickstarter to continue development. 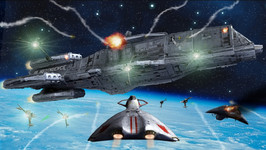 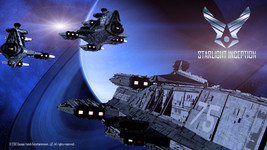 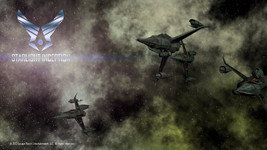 Our goal is to create a descendant of the space combat genre - it's a game about flying space fighters, bombers and other spacecraft, but it's also about managing the ship's power usage between shields and stealth generators, engines, and weapons. Plus, as you get further in the game, you amass quite an arsenal to pick from for missions. The game's art style is photoreal and gritty - you'll feel like you're in the middle of a big battle amongst the planets, moons and asteroids, making decisions that affect your life and the life of your wingmen, whether human or autonomous drones.