The Robotech Mod for Flight Commander is humming along again. saf0775 has recently added some voice actors to his team after calling for volunteers at the CIC Forums. Basic game mechanics sound like they're getting firmed up, and gameflow elements are on the schedule next. 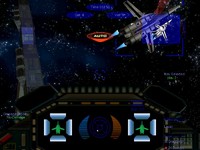 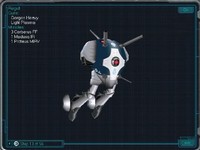 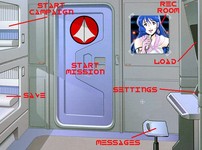 The game is coming together nicely. I'm looking at a late winter 2011 or early spring 2012 release for the mod.

I've been able to secure several actors and actresses to lend voice talent to the game, which I feel will make it more rounded than if I were to just use audio clips from the Robotech series. The script I've written fits in nicely with the RT universe while not contradicting anything that took place in the series. In fact, it meshes extremely well with the RT universe.

I have several more 3D animation cut scenes to complete, as well as a few "bar" conversation parts, and then I'll be finishing up the capital ships weapons...but all-in-all the game is very playable at this point.

One of my biggest challenges in my FC Robotech Mod was the fact that I didn't own a joystick when I started this mod (it's okay... you can laugh). I picked up a sweet Thrustmaster at a pawnshop for $2.00. Yep. $2.00. I'm all set to start my mod back up.