Music Guru spotted a sharp looking new PC MMO space sim, Star Conflict. Players control everything from small scout ships to large warships and ultimately fleets. There's a wide variety of missions and strategies that then determine each person's style of playing the game. A preview video is available at the game's website. 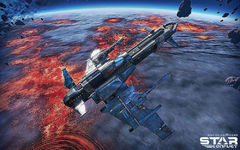 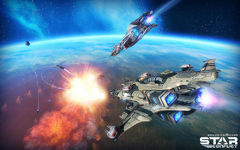 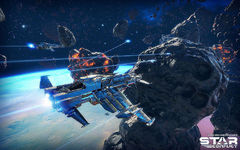 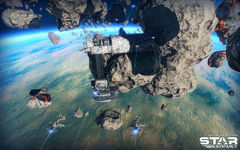 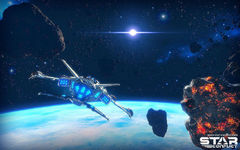 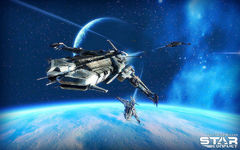 Star Conflict, a dynamic new MMO action game that puts you at the helm of a space ship to fight in the star fleet’s massive battles!

Three thousand years have passed since the first colonists left Earth. Now the galaxy is divided between the militant star empires and independent mercenary groups. In a remote corner of the galaxy — Sector 1337, the area of the dead — a world has been left behind. Here, the ruins of a great civilization of Precursors have recently been discovered. Huge factories and sprawling cities are falling into decay. Fragments of ships lie on the fields where massive battles were once fought. But there is not a living soul. Everything has been destroyed by a mysterious Cataclysm — a pulsing anomaly that burned out all life within this sector.