HotJob saw this article about a recent sonar find near Sweden that some are suggesting looks like a crashed UFO. More specifically, the submerged object seems to resemble a Dralthi, although it's possible that it could be Drakhri or Gothri. What do you think? 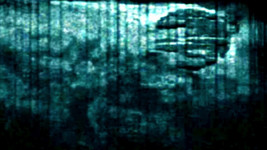 Lindberg's team, which has had success in the past recovering sunken ships and cargo, was using sonar to look for the century-old wreck of a ship that went down carrying several cases of a super-rare champagne. Instead, the team discovered what it claims is a mysterious round object that might (or might not) be extraterrestrial.

Lindberg explained to local media that his crew discovered, on the 300-foot-deep ocean floor between Finland and Sweden, "a large circle, about 60 feet in diameter. You see a lot of weird stuff in this job, but during my 18 years as a professional I have never seen anything like this. The shape is completely round."