Check out these radical Wing Commander III and IV sketches, done by the art team to plan the ships and characters that would need to be rendered and costumed for a new kind of Wing Commander game. Some of these were included in Origin's Official Guide to Wing Commander III... but the Vesuvius sketch is as-of-yet unpublished! Seeing this sketch should better explain why the novel describes Vesuvius as being Kilrathi-like--its "prongs" are sharper and much more pronounced. 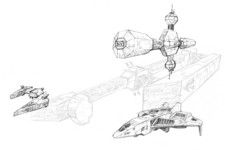 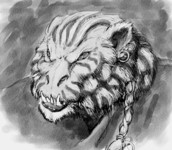 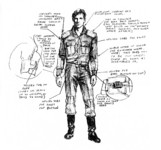 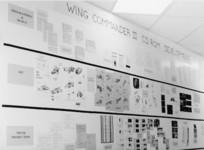 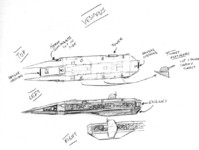