st3lt3k caught this article about the 100 greatest video games according to Fandomania. Despite being somewhat skewed towards classic Nintendo overall, the list has some PC highlights, and Origin games take several early slots. Wing Commander Privateer comes in at 90, Ultima IV ranks 85 and Wing Commander IV is 84th. 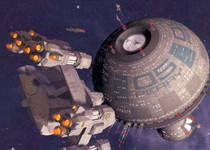 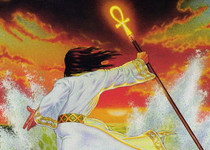 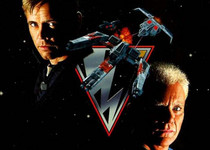 Wing Commander: Privateer
Set in the Wing Commander universe, Privateer is an early sandbox-style game that allows players to choose their alliances and factions and freely roam the galaxy as spacefaring privateers. When not engaging in then-state-of-the-art dogfights, pilots can buy and sell equipment and commodities to increase their own bankrolls.

Ultima IV: Quest of the Avatar
Ultima IV was a turning point for the Ultima series of RPGs and a unique concept for these sorts of games in general. Where the previous installments are traditional quests to fight evil, this fourth game sends the player on a quest to master eight virtues, thereby reaching an enlightenment.

Wing Commander IV: The Price of Freedom
Boasting a cast of actors including Mark Hamill, John Rhys-Davies, and Malcolm McDowell in full motion video cutscenes shot on real sets, Wing Commander IV clocked in at a cost of $12 million to produce, making it the most expensively made video game ever at the time of its release. Set after the war with the Kilrathi, WC4 introduced wingmen into the established space combat simulator.