Hornet Gets Its Stingers Back

Klavs81 has updated his hybrid Hornet with a fearsome new look! His design theme focuses heavily on building for atmospheric flight and incorporating modern 21st Century elements. The Hornets' long laser cannons had been a difficult part to smooth into the design, but today's update adds them as cool detachable gun pods. Someday Klavs hopes to make some sort of animation with these beautiful fighters. 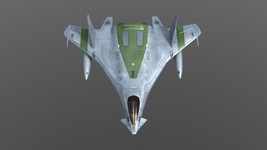 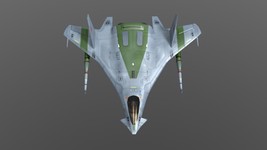 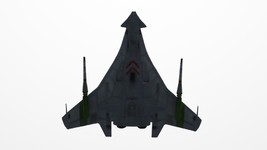 I found a way to reconcile the traditional giant wing lasers of the Hornet with the design of a lifting body. The answer? Gun pods! Now we can have that sleek profile for atmospheric flight, with the traditional look of the classic Hornet!

The smaller guns in the fuselage have now become RCS thrusters. So I guess in keeping with the "light fighter" design, they'll only be carrying missiles for atmospheric runs. Better to leave the heavy atmospheric attack to the Scimitars anyway. And the tanks are still available as an option for long range recon work.