We've recovered another element of Origin's groundbreaking Wing Commander IV pre-release website: "The Story So Far..." is a timeline of previous Wing Commander games intended to quickly bring new players up to speed on the franchise. Half promotional, half in-universe, this interesting document actually adds a bit of continuity--like references to the 'Galactic War' or mention of the fact that Wing Commander III takes place "ten parsecs from home". You can access the recovered page here. We also have slightly larger versions of some of the screenshots included: 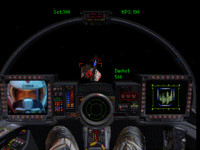 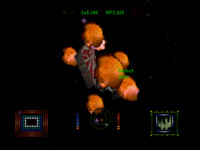