A Baker's Dozen of Frontier Movie Chapters Made

Lucky part 13 of Frontier - Prelude to Darkness has been released. Watch the episode here. There's no space combat in this one, but it's full of land based action. lew82 has also posted this destroyer feature at the Frontier website. 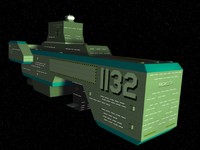 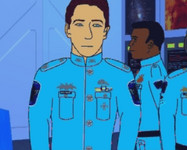 The Innsmouth attempted to launch a broadside barrage, but in the process sustained massive damage herself, her engines were destroyed and she was adrift before being caught in Toyr’diablo’s gravity and crashing down to the surface.

Many escape pods were seen leaving the Innsmouth, the number of possible survivors is not known.