A new version of the Wing Commander Movie has been released on DVD in France. This one appears to be the first edition to include complete French dubbing, and various sites with product reviews show that fans are super excited. The box has a new cover with a very hot Wing Commander logo. The last Region 2 release in 2006 was still in English and included localized subtitles. Its artwork was also more closely related to the Region 1 disc. To appeal to European audiences, the names across the top now read Tchéky KARYO, David WARNER and David SUCHET. Alternate printings also show Warner replaced by Freddie PRINZE Jr. Pick it up at Amazon.fr for EUR 4,83. 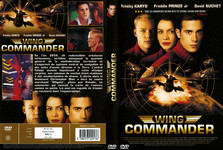 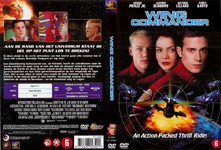