Saga Blasts Off Into The Wild Purple Yonder

The WC Saga dudes have shown off the latest update to their Confed frigate. The Caernaven was popularized by Wing Commander 4, but it was originally designed for Wing Commander 3. Quite a bit of texture and detail has been added since 1994's original, and that purple nebula looks pretty spiffy too. 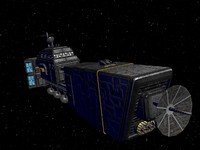 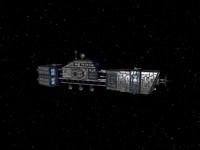 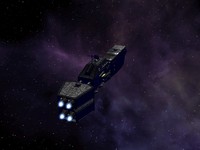 This week, the Saga Team would like to show off another vessel: the Confed frigate. Our frigate is the 2669 variant of the post-War frigates seen in service with the Confederation and Border Worlds Fleets during Wing Commander 4.