I made two fun discoveries mucking about in Wing Commander III documentation! The first is that the Longbow bomber was originally named the IMPERATOR! This scan is actually from the published shooting script... which is fine, since the name never appears in any dialogue! 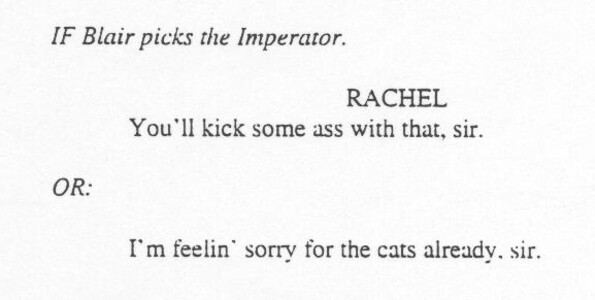 I also found some extracts from an earlier draft of the script attached to storyboards. This one from the intro has a very different set of names for the star systems Admiral Tolwyn mentions! They ended up being Gardel, Morpheus and Orsini in the final draft. Anyway I suspect someone was trying to impress their girlfriends Layla, Veronica and possibly Olympus. 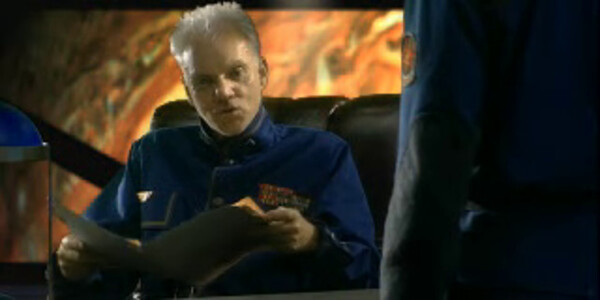 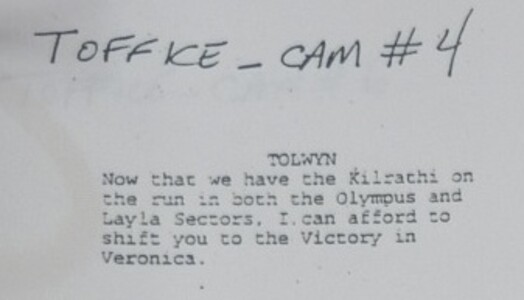 On consideration: there are only four fighter types mentioned in the full motion video segments. The Excalibur (throughout), the Hellcat V ("prepped, primed..."), the Thunderbolt ("he took out a Thunderbolt and just kept going") and the Bloodfang (in a news segment). 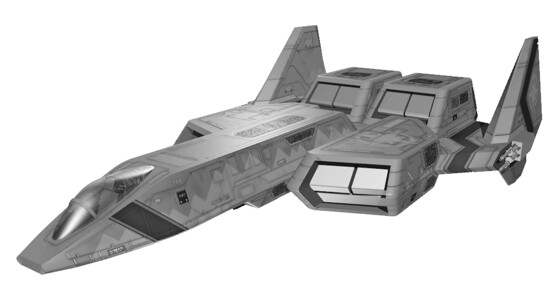 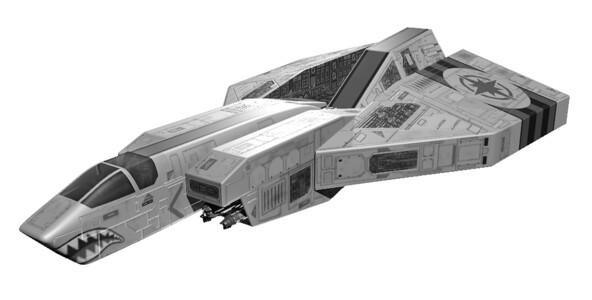 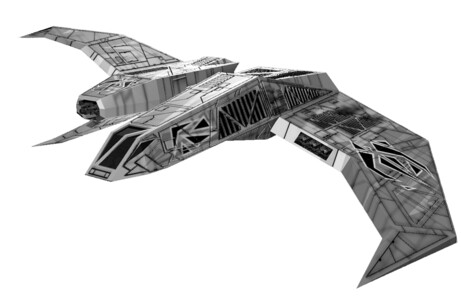 ALSO: I think Wing Commander III only passes the Bechdel test if you fail or choose not to rescue Flint when she goes rogue at Locanda? 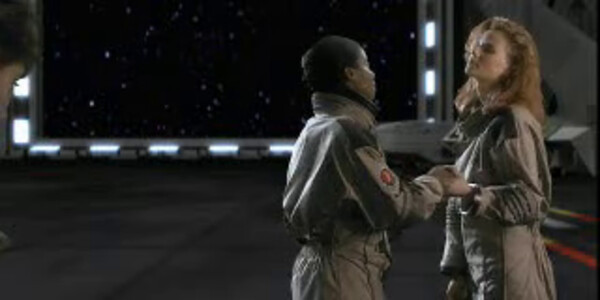