The Wing Commander Movie is seeing is biggest and broadest sale yet. The film briefly dipped down to $5 at Microsoft last year, but now we're seeing the same sale repeated at both Amazon and VUDU/Fandango (which have recently merged). At this point it seems like MS - as well as Google Play/YouTube are still at the $10. All of these are part of Movies Anywhere, so buying them at one storefront gets you access at all of them, which is great.

For a while after 2017 when the rights were changing over, the movie was hard to buy in any format, including streaming, but it's nice to see that it's more readily available again now. Apple/iTunes appears to be the last major platform that doesn't have a digital purchase option, but it can be rented. And buying it at the other places does deliver a purchased copy to your iTunes account, so at least that's an option. It's hard to go wrong for $5! 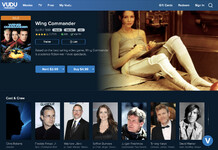 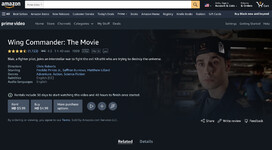 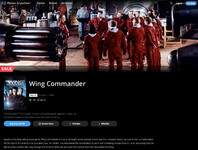