Sarekh dropped us a line to share an awesome creation he's been building in Space Engineers. He's carefully constructed a life size replica of the BWS Intrepid from Wing Commander 4. There are a handful of liberties taken to fill in all of the unknowns, but the results look great so far. A few similar attempts have been made over the years, but this is one of the furthest along that I've seen. I wish more people would build things like this! You can follow the project in the Steam Workshop here! 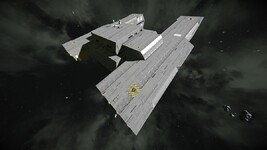 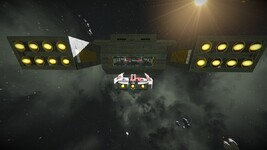 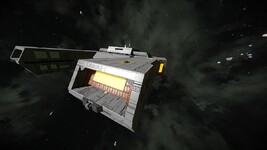 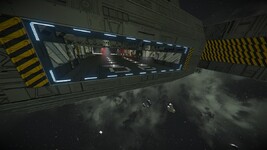 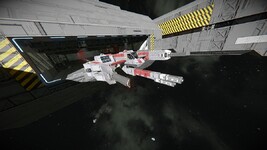 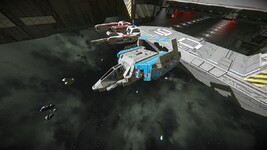 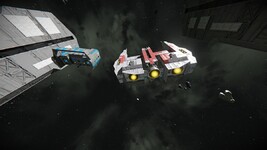 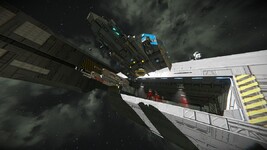 I've worked for roughly a week on this and it's not completely done, but I created a 1:1 model of the Intrepid and some of her planes in "Space Engineers" - I don't know if this is noteworthy but I basically raided your website nonstop for reference material and I could not have done it without you, so thanks!

I tried to create a complete interior, that is (obviously) not nearly accurate, but hopefully at least fitting in terms of atmosphere - this would also be a peace-time pre-WC4 configuration with the upper decks intact. 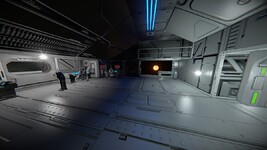 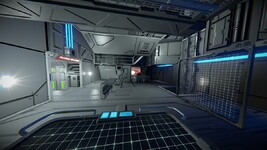 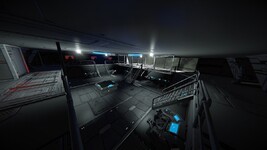 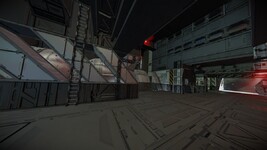 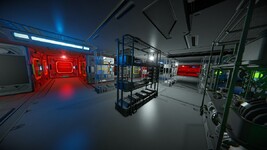 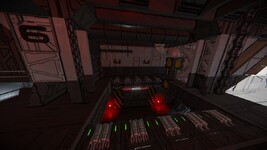 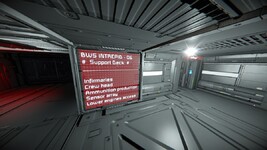 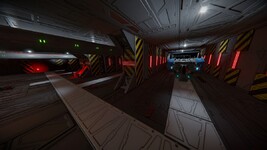 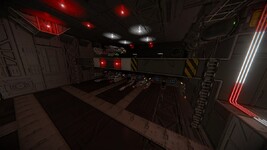 Did you play in the 90s? Did you wear your CD ROM drive out because you had to constantly switch through six CDs of Wing Commander IV?

Then you have come to the right place! Open up this world and hop into the B.W.S. Intrepid (06), flagship of the Union of the Borderworlds Militia! Use Banshees and Vindicators to scare off pirates and have a look for that jump point.

I tried my best to re-create the Intrepid up to what thin specs we have. Space Engineers was made to re-create the blockieness of Wing Commander capital ships, so I am pretty happy with the result.

I also gave her a complete interior - pre-game, that is, with an intact CIC and no destroyed crew-areas - this was surprisingly difficult as we have little to no information about what turned out to be quite the massive ship. So almost everything was left up to my imagination - additionally, some things don't make thaaaat much sense and I had to "correct" some parts...

For example: the "reserve bridge" clearly has a front window and is directly positioned before the operations deck where you choose your weaponry layout - and that clearly has a window pointing towards the main hangar - but there IS no window in the hangar - so I made it a screen - even if that is cheating!

So please forgive my interpretations, I just got carried away!

Additionally, I built a Banshee and a Vindicator fighter that are as accurate visibly as I could get them.

While they come with a Weapon Core setup, all three creations are mainly for show-purpose, not extended dog-fights. You might need to improve about the usability of all ships if you don't just want to "fly around a bit"