Here's a fun drawing that includes a little Wing Commander treat. A Brazilian magazine published this collage of characters from a wide range of famous '90s-'00s video game series. Admiral Tolwyn is poking through in the bottom right. It comes from the Brazilian comic Monica's Gang by cartoonist Mauricio de Sousa. LOAF did some digging and zeroed in on its exact origin dating to a July 2012 "Cinema Classics" spinoff issue. That's a pretty fantastic reference, because even at that point WC4 was a 16 year old game. Thanks to Romy for highlighting this! 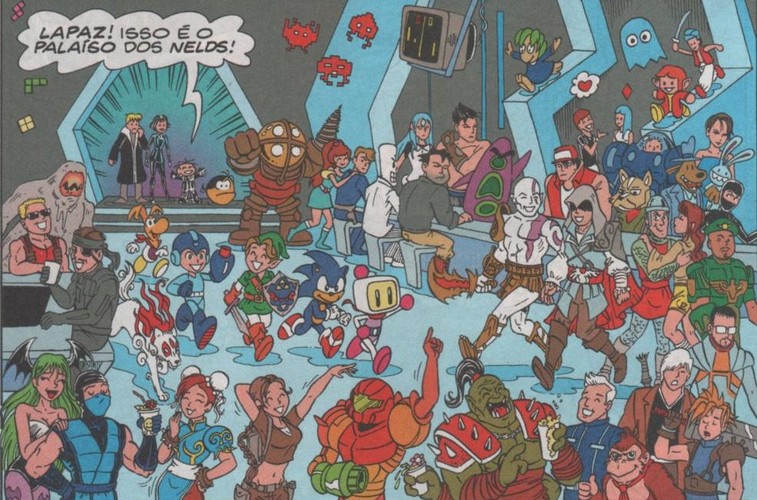