In light of yesterday's news regarding the Ultima Underworld removal from GOG, here's a couple of nifty Easter eggs you can find in the games. If they inspire you to play the games, you can still grab them this weekend! The pair are $1.49 now and will be removed from the service on Monday.

Ultima Underworld: The Stygian Abyss features a set of runes on a wall, and upon closer inspection, they read out, "Thou canst not defeat the Drakhri!" The Stygian Abyss was developed at the same time as WC2, so this is a cross between the Drakhai's famous saying as well as the KF-507 Drakhri medium fighter. The two games were also bundled together and released on CD. 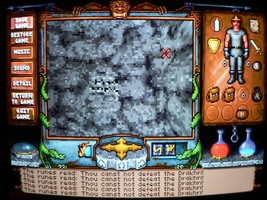 Ultima Underworld II: Labyrinth of Worlds introduces the "Trilkhai" (an anagram for Kilrathi), a race of telepathic cheetahs, to the Ultima world. While visiting Killorn Keep you may discover any number of these creatures wandering the castle. Clicking on any of them asks you to visit the stables for more information. When you do you can meet their leader, Blackie, who explains that his people are now slaves but that they once flew among the stars! This even starts a minor quest where you are asked to find more information about Trilkhai history.

Towards the end of the game, while exploring the Ethereal Void, you encounter 'Wisp'. Trading information gives you the history of the Trilkhai and concludes Blackie's quest: "Trilkhai were once a powerful group of anhropomorphic 'felines.' Since their catstrophic 'loss' to a group of humanoids, they have since devolved 'past' the point of 'tool-using'." 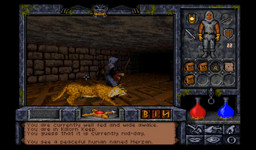 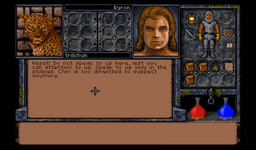 Not to totally leave Syndicate out hanging: it was released in a package with Wing Commander and The Secret Missions in EA Replay for the PSP!