This is a charming but unusual bit of fan art. Grandweasel has painted the epic Excalibur escape from Wing Commander 3 in water color. It's not a medium that you often see digitally represented on the internet, but his take on this scene is very recognizable and nails the intent. He's got a few self-critiques, but given the limitations of the format, I'd say this was a job well done! 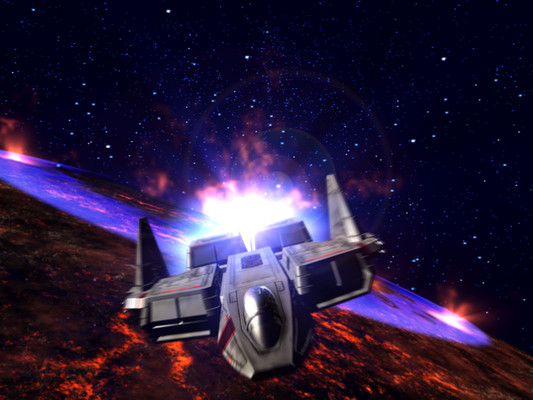 A watercolour representation of a scene from Wing Commander 3, specifically the final strike on the Kilrathi homeworld. The background didn't come out as well as I'd hoped and the Excalibur looks a bit funny in places, but it still works. Somehow.