Here's a super retro magazine scan from the December 1993 issue of PC Review. Bear in mind that this was still the early 1990s, and the topic of the article is how space has become the "cluttered frontier." Apparently there were so many space combat and sci-fi games that people don't know where to start. In hindsight, it seems like Wing Commander, X-Wing, Elite, a couple Star Treks and a few more less popular titles was a navigable space, but they created a three page spread to help organize things. This includes a glossary of space themed terms you should know like "aliens," "light year" and "tractor beam." The best part? It's got to be those off-color marbled backgrounds behind each subsection. It was 1993, after all. 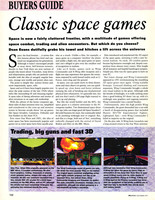 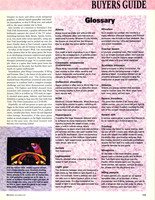 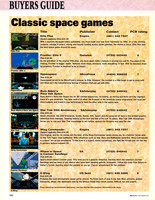 Lightspeed: Velocity attained when a starship equals the speed of light photons.

Thanks to the X-Wing Game Series Twitter for digging this one up!