AD was doing some digital deep diving into Privateer 2's code and managed to extract this tantalizing menu image. It's a lot different than the game's own menus, PAD interface or anything else in the game, so he set out to learn more. P2 developer Paul Hughes explained that this was actually from a separate tool that allowed for fast travel and easy debugging of the game during development. That app may be lost to time, but it's neat to see this remnant that survived! 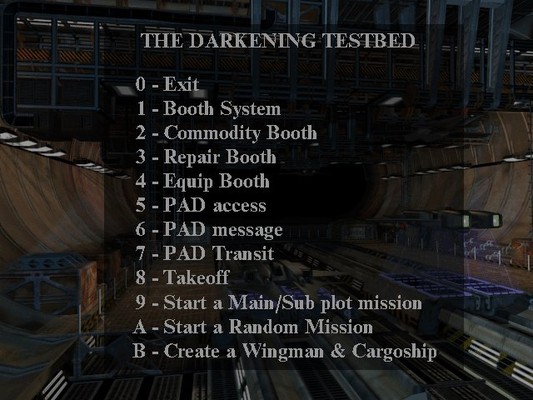 AD: I pulled this pic out of Privateer 2. There's some minor references readable in the code, but what nobody has been able to figure out is if there's actually a way to access this in the actual shipped game. Any insight?

Paul Hughes: Gosh, that takes me back, I had to trawl back through the code to remember what I did. That was actually a standalone app written by Tony S that tested different sub-sections of the game - the PAD, the missions, the Booth trading and the scripting piecemeal.

Alas, it didn't ship with the game, but there will still be references in the modules that combine to make the full game.