It's been an excellent week for Excalibur models! The Wing Commander community has its own version of the twin movie phenomenon where it seems like fans develop similar items in totally separate bubbles. As is often the case, the result here is that we have double the amazing eye candy to enjoy! In his latest masterpiece, Defiance_Industries designed a slightly beefed up Excalibur based on the Secret Ops version as a bridge to the concept version meant for Wing Commander Arena. There are some very handsome shots of it parked in the Victory's flight deck - plus pics alongside a classic Excalibur and Midway megacarrier. Last, but certainly not least, Defiance has mocked up an entire virtual history of this variant in an ICIS style recap. You can read up on that in a PDF here. 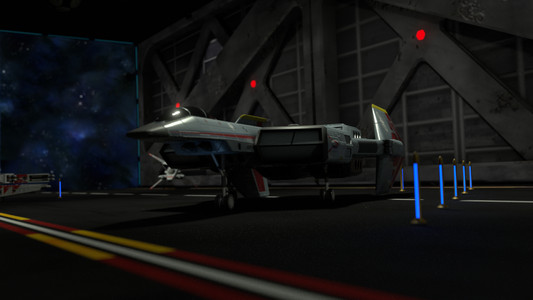 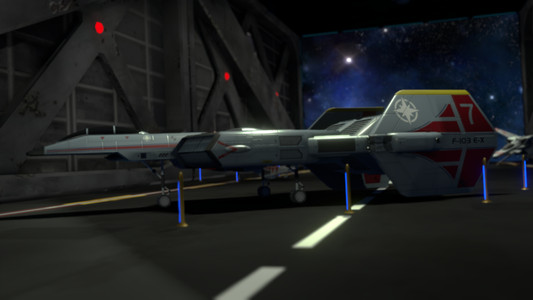 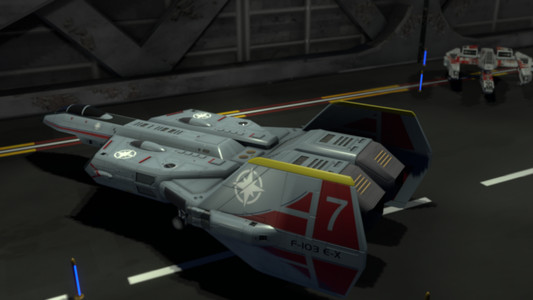 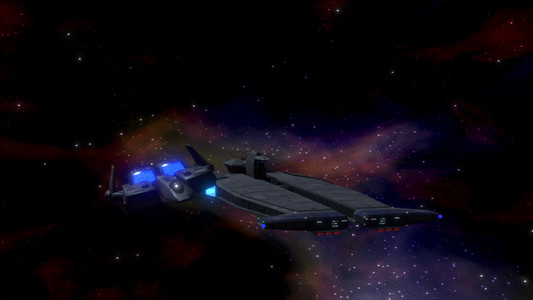 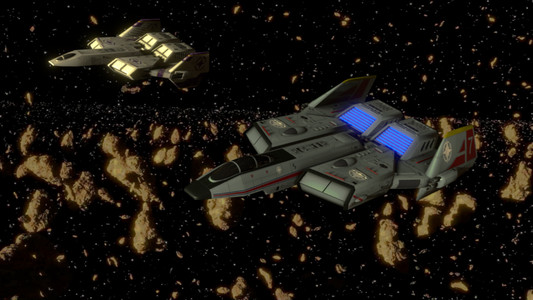 While Pedro is providing quality digital entertainment to the masses, I needed something to keep my skills sharp. So I revisited my WCP-ized version of the Excalibur. I decided to make it a demonstrator, similar to the Super Tomcat or the F-20 Tigershark in the real world. Designs that, for any number of reasons, were never purchased. In this case it's sort of a missing link between the F-103D's you see in Secret Ops, and the unseen Arena variant.

Initially I was going to add these images to the fun little fiction I put together, but I'm not really that crazy. Well, ok maybe I am. So we have the launch tube test from the TCS Mistral Sea circa 2683, an initial flight test image with an Excal D circa 2682, and images taken of F-103 EX #7 in its forever home aboard the TCS Victory museum (along with Tensabarriers of the future (tm)) in 2701. As always enjoy, and C&C welcome.