Chronocidal Guy's recent 3D printed Excalibur model was a big hit, and fans wanted to get a closer look at the actual model renders to appreciate the design in all its beauty. They look wonderful, and Mr. Guy has provided a variety of angles to give everyone a great view. He has a few additional notes about areas that he had to tweak for producibility, but the fighter still looks pretty spot on! 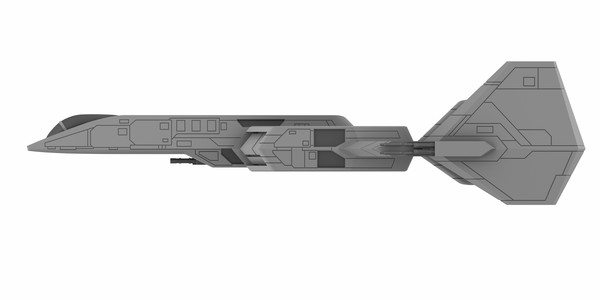 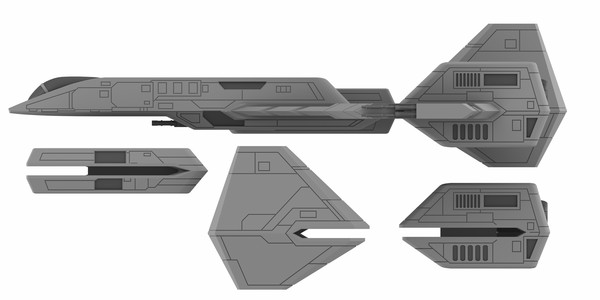 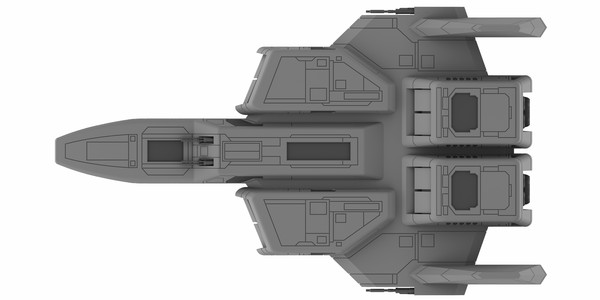 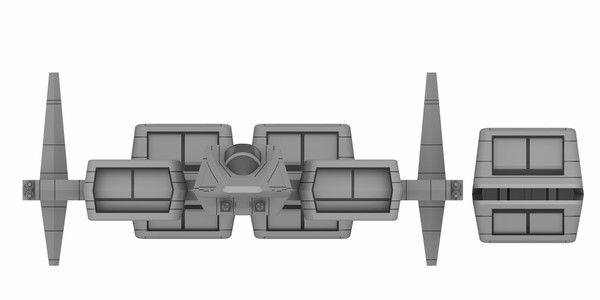 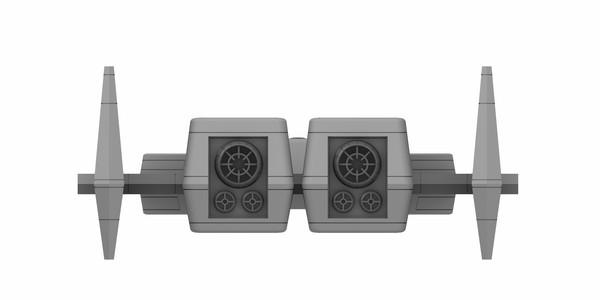 The 3D model is currently a mess of assembly structures and supports, but drawings I can absolutely do. :D Fully orthogonal, instead of those odd perspective renders we've had for so long.

The second side view has the near tail and missile bay moved and flipped around to show their backsides, and give a clear view of the rest of the ship behind them, with the back engine bank moved down to show the inner surface. No markings yet, and I don't have the details built for the darker access panel areas, but those aren't hard to pull from the old pictures we already have.

As an FYI, there are two things I think aren't quite accurate. First, the CGI model seems to pinch the tails narrower at top and bottom. I've just kept the leading and trailing edges as flat quadrilaterals, since a twist would have just been harder to sand smooth. Second, I am not sure if the panel lines on the tails are right, but that's the best I can make out with the stripes covering so much in the originals.