Classic gamer Dennis Mull has had a productive winter so far by adding a wide range of fantastic additions to his collection. What I'm most envious of is his German special edition of Wing Commander 3. Check out that t-shirt it ships with! Compare with the all black version that came in the Sam's Club edition, which he also recently obtained. There's also a double-pack of the Secret Missions. These used to be the type of thing that would eventually find their way into bargain bins in the mid '90s, but now they are a pretty nice find. After that it's a Greek release of Privateer 2, which is also really neat. Last, but not least, is a German set of Wing Commander novels. 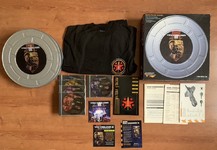 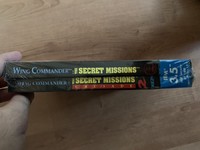 Moving on from Wing Commander items, there's also some great aerial sims from Origin. His latest Strike Commander find is a Spanish copy of the Tactical Operations expansion, which looks good along with its siblings. He's also got a whopping five different localizations of Pacific Strike, and this is without a Spanish copy that he no longer owns. I really admire people who try to dig up rare international editions of games - it's not an easy search! 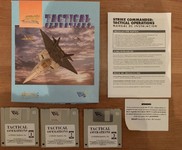 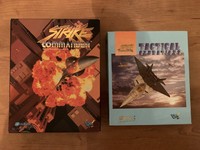 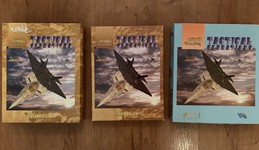 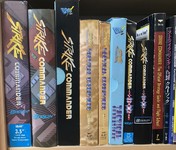 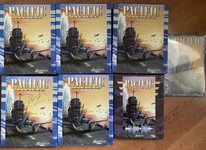 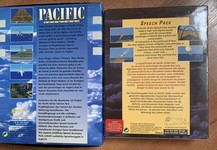