Here's some random Rigakh knowledge to help kickstart your weekend. These are the hand written design notes working out the ships for Wing Commander II... including the cut-for-space Rigakh carrier! It was the Kilrathi flagship, which appears only in cutscenes.

Here's the Rigakh 3D model. It was originally to be part of the final mission alongside K'Tithrak Mang (which is why you are given so many torpedoes!) After being cut from WC2, it was written in as the final boss in the first mission disk... and was then cut again! 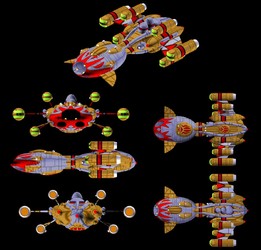 A lot of folks assume the Kilrathi flagship is a Ralatha destroyer; they look very similar, but the Rigakh has six nacelles instead of five (and a flight deck in the front.) The similarity may be why it was such an easy cut. 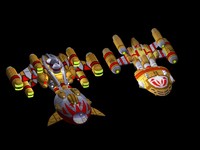 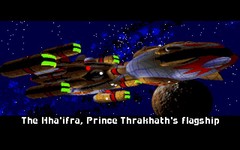 You can see 'out' from inside the front of the flight deck in cutscenes where Thrakhath and Khasra are talking.