Rebel Galaxy Outlaw Announced for Xbox - Plus Updates on PS4/Switch

The team over at Double Damage Games has announced that the highly acclaimed space sim Rebel Galaxy Outlaw will be coming to the Xbox platform! Most of the CIC Staff plays a good chunk of our modern games on the Xbox, so some of us who don't have a high end gaming PC were looking forward to this. Meanwhile, progress on the previously announced Playstation 4 and Switch ports continues, although the games won't make it out this year as expected. A new development roadmap will be published next month with more details on the timeline. A preview video of the Nintendo version is below, and it looks pretty sweet! The PS4 and Xbox versions will more or less be identical to the game on PC. You can currently buy the game on the Epic Game Store where there is a $10 coupon that can be stacked on top of a 25% holiday discount, which makes the game a whopping $12.49! Quite a steal!

We have something exciting we’re finally getting to reveal: based on your feedback, we are pleased to officially announce an Xbox One version of Rebel Galaxy Outlaw is being worked on. While we’re unsure of a release date currently, we know players have been pretty anxious to hear either way about this possible port and this is a step in the right direction. Though we were hoping to have more definitive news, since there’s still some possible hiccups, for now we’re expecting to have more info regarding the Xbox One version in the new year. We’re excited that this is still much sooner than originally anticipated. We’ll have a new Development Roadmap in early January, reflecting our updated timelines and goals.

RGO is heavily inspired by Wing Commander, and fans quickly took to recoloring their ships with familiar WC paint schemes. Here's just a couple I saw. The first ship below was made by Matthew Nix and the second by Chris Kabigting. If you've seen more cool examples, let us know! 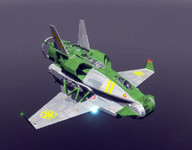 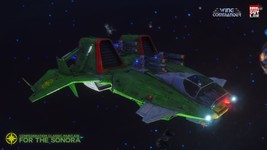 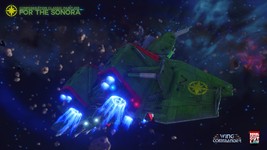 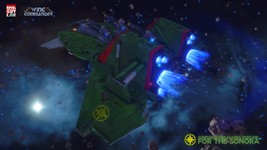 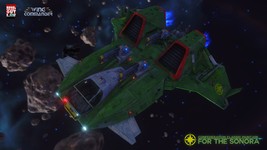