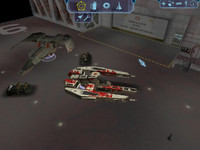 The new playable update has been released for the WC Freelancer port. This version 2.0 beta has the first test economy with the new design model that normalizes each faction's ships in order to keep them relevant throughout the game. It will take quite a bit of balancing to get the feel just right, so feedback from fans at this point is very helpful. L.I.F. is working on coming up with a good deployment of the missile system next, which should make it both useful for the dynamic economy and more of a fit with the Wing Commander universe. You can grab the new beta here (294 meg zip) or here.

OK, so here is the link to the Beta of the new version of the mod with equipment rework. Right now, I do not make ironclad guarantees, but a few tests show that it seems to work as intended, though values for thrust, power, volume, etc., are not set in stone since I did not test all combinations. Therefore, I'd appreciate it if you people could find ways of getting totally broken ships. Also, the thrusters are not working as intended, not producing the kind of thrust/energy consumption I'd want for a final version. For this reason, the current stable version of the mod, with FL vanilla equipment, is still available at the usual link. 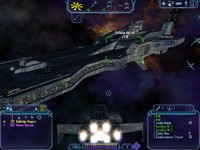 I've managed to get all the in-game shops to sell the goods according to my logic: 33 thousand lines of shop references. I'd be dead without scripting. Experimenting now with flight dynamics, and balance. I'm probably going to buff the storage volume of the fighters to allow more freedom of experimentation as well as carrying acceptable amounts of cargo, but at the moment, it seems kinda nice. If this holds, I'll go with the next step, to change the loadout of the various NPCs. If it works, I'll add some more diversity to the random missions - I want to add capship attack ones. Though I guess it's coming close to a new release.

I'm taking out various gameplay bugs, but it really looks increasingly good now. Combat during the early game is likely to be a tad frustrating and will rely on you making trade rather than killing all pirates within five parsecs (you really, really aren't going to best a flight of Lance with your busted Tarsus and its two civilian-grade laser cannons), but since you get gifted a Tarsus and a pretty decent shield at start... and are already friendly with the Liberty authorities, there's a pretty good base upon which to build - though I might reduce the level of appreciation you get at the beginning for the Liberty Police and Security Force, because the game puts you on an absurdly high relation with them. 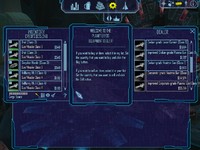 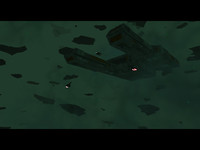 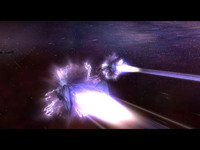