It's been a little while since we've seen a new ship from DefianceIndustries, but that's for good reason. He's been busy on quite a bit of behind-the-scenes work for other mods, although he managed to find the time to put together this stealthy dark Arrow. It's intended to be the cloakable light fighter from WC4, which completes his Arrow trio. This one has an awesome hexagon skin on the hull and sports the potent quad gun pack we've come to love on the craft. Get a glimpse before it disappears! 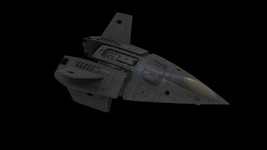 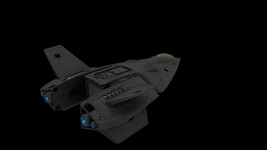 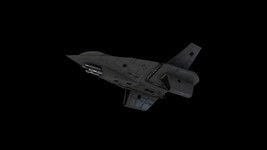 The Stealth Arrow (or Cloaking Arrow if you prefer). I tried a few different purple paint schemes but honestly, it looks better without it (certainly better than the weird tribal tattoo angel wings it originally sported). I may keep tinkering but for now I think this looks good enough for the Black Lance. Paulson didn't seem to big on exotic paint schemes anyway - though Seether, I hear, was partial to Pollock.