L.I.F. has made some great progress on his Freelancer port with Wing Commander ships. He's started adding cap ships and essentially has the Liberty faction set up with their familiar Confed equivalents. The carriers and destroyers look great in the game's engine, and he's even got fly-through bays working so players can take off and land. Plans are in work now to map out the rest of the game's ships in relatively short order, which sounds very promising! 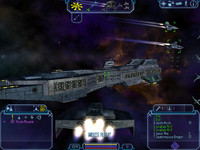 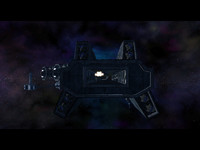 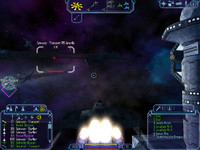 The work keeps going on porting ships in-game, and here is another sneak peek, the Liberty Dreadnought replaced by a Confederation Jutland from Wing Commander Saga, which makes for a pretty cool sight overall. The Clarkson has replaced the ubiquitous transports, albeit at a relatively smaller size than in the games (though according to the absolutely foolproof CIC's wiki, it is 160 metres long for the Hellcat's 27 metres, and I'm keeping these proportions). I'm taking a look now at collision meshes and internal rooms. No guarantees, but I guess I can check whether it could be possible to use the highly-detailed models I have to get scenes for the internal hangars to use for shops/bars. The collision boxes are done now, so it's possible to take off and land without issue. 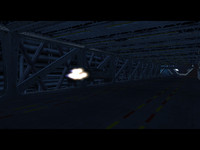 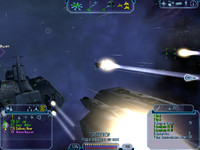 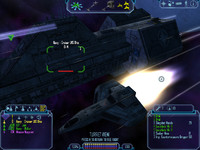 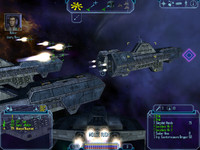 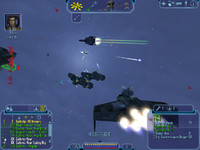 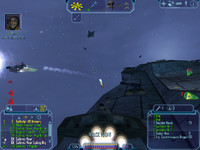 Dunno about you, people, but that definitely renews my own interest in the game and this little project of mine is advancing.

To explain a bit about the process, the initial set of screenshots were more of a tech demo, but now I'm working on getting the ships consistent with each other in terms of size, as well as getting as many if not all of the game's features converted properly, so I've started again from scratch using the lessons learned in that first run. I've got all of Liberty's units replaced properly now (Arrow and Hellcat for their fighters, the standard Confed shuttle as the freighter, the Southampton and the Jutland for the capital ships) as well as the Rhineland units the player sees in the early game (Evansville Black Lance destroyer for the cruiser, Prowler corvette for their corvette and Excalibur for the heavy fighter) and both transports plus early pirate fighters.

I've got a much smoother workflow now which allows for implementation of ships and stations with the right armaments and collision boxes. A total ship conversion should be likely before the end of the year and the remaining work will be to modify the in-game text and pictures.