L.I.F. was recently inspired to take a crack at importing Wing Commander ships into Freelancer. Back in the day there were a handful of pretty cool WC ship conversions for the game in the works, but it's been a very long time since anyone has attempted to take a modern high end crack at this. He's managed to get ahold of some cool modding tools that have helped the process along significantly, and there are some very impressive results already. He's sketched out some rough plans to integrate up to a couple dozen ships, which would make for a pretty rockin' mod!

So, after a Discord discussion that involved talking about Privateer, I kinda got the modding itch once again for Freelancer, but this time, I managed to get in touch with FL modders, who were nice enough to share with me their wonderful, wonderful tools (the kind of which I'm jealous as a HW modder). Long story short, I got told that the models designed by DI, Klavs and others are way too detailed for the game engine, which is probably a wise conclusion, but since I'm very unwise, I tinkered a bit and managed to achieve a pretty nice proof of concept with DI's F-107 Dragon/Lance: 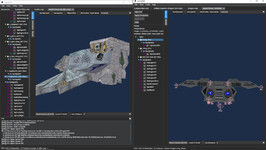 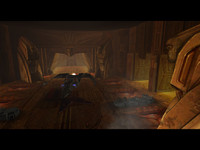 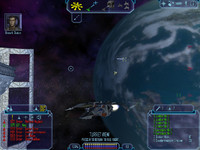 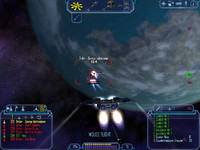 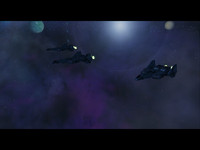 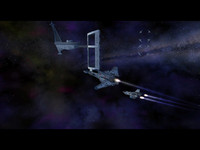 The tech demo is available upon request on Discord (keep in mind it's really limited, just a replacement of one of the game's fighters with the F-107, without a dedicated collision box, for example). Don't hesitate to ask for specific fighters that you'd like to see receiving this treatment if you wanna go for a run of this great old game with a specific craft. :)

And on the matter of progress, it's going pretty quickly. Importing the Hellcat now, and once the Razor and Excalibur are in, the first part of the game will be properly turned in Privateer-lite. Long story short, it's just as I dreamed it could be, if not even better. Freelancer is one hell of a game. 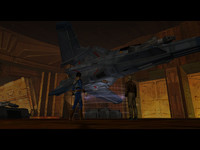 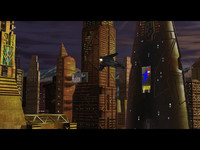 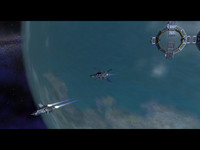 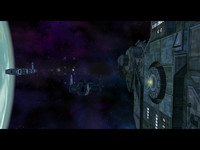 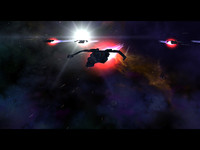 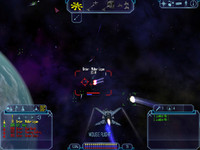