In his never ending quest to further understand how the code of Wing Commander works, UnnamedCharacter recently came across a Russian translation of the original Wing Commander. His information suggested it was not an official release, yet it was quite elaborately recreated to integrate the Russian text. If not a genius mod, could this be from some lesser known obscure port? There's some screenshots below as well as the font he extracted for a look at how complete the changes were. If you have any more knowledge about this translation to add to the conversation, please hit the comment link below and share! 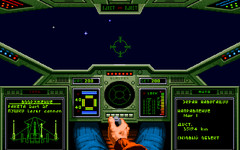 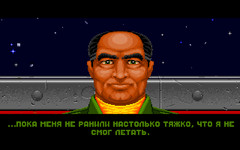 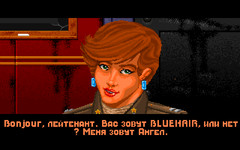 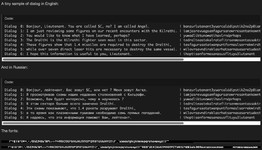 Has anyone seen this? By the way, this is not new, it's possibly quite old. I have seen an online reference to the Russian version of the game dating back to 2004, and the translated data files are timestamped as 1992.

Using the above font file as an example of the work involved in doing this: they unpacked the data file, decompressed the individual packets, decoded the font, added Russian glyphs, re-encoded the font, re-compressed the packets, and re-packed the file. And according the file stamps, they did this in 1992. Wow. Whoever did this was years, decades ahead.