DefianceIndustries has another beautiful WC4 capship to share, and this time it's the Caernaven class frigate. We don't see too many frigates in the Wing Commander universe, so it's good to see them out in full force in The Price of Freedom. They're a slightly less beefy build than most designs, but Defiance has nicely modeled their side missile pods to give them a potent punch. He has quite a talent for giving these ships some real personality! 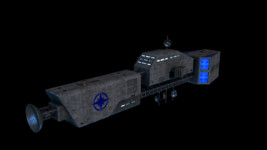 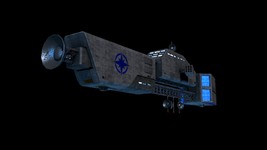 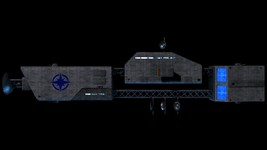 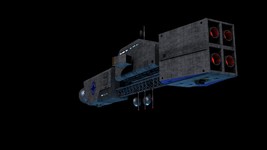 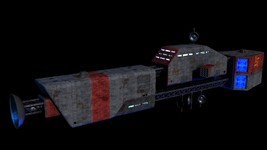 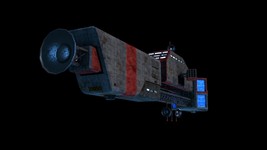 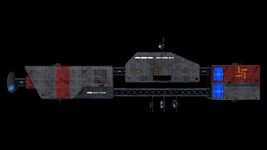 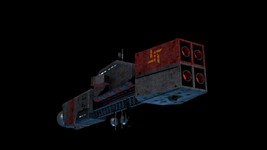 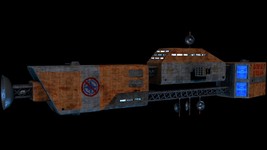 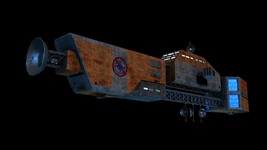 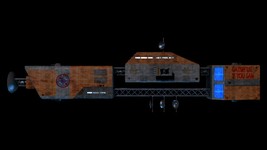 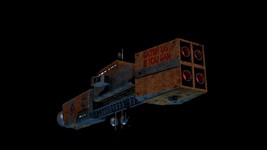 My WC4 era kick continues. We did a destroyer, now we get a frigate. Hooray for the Caernaven class frigate. Apparently these guys are the Talons of capships - just about everybody has one. We have Confed (which in WC4 livery is really plain. boo for post-war color schemes!). We have the Union, and my personal favorite the Pirate version.

I took the most liberties with the pirate version. The original one was just solid orange. This version seems more piratical. Arrrgh Avast! Walk the airlock and all that. Anyway enjoy. I guess I'll have to do a Tallahassee at some point... hmmmmm….