We mentioned last week that we'd be spending a little more time introducing up and coming space sims, and there's a very big one that's been a glaring omission until now. Rebel Galaxy Outlaw is an extremely promising Privateer-style shooter sim by Double Damage Games, which includes huge Wing Commander fans Travis Baldree and Howard Day, among others. The team has been on our radar for a couple years thanks to their spectacular 2017 April Fools tease and easter egg blueprints, and now the game is approaching release. It will be available at the Epic Store for PC at around $30 with ports available on at least the Playstation 4 and Nintendo Switch. I could talk about stats and features, but you're probably better off just watching the videos below. The first two clips introduce the gameplay and story, and the third video is a lengthy stream with Travis that goes into lots of juicy detail. If you're looking for a modern take on Privateer, this is as close as it gets. The combat looks very satisfying, and there's some nice customization and storyline packed in too. More background is available in their FAQ. 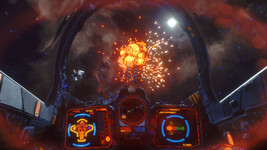 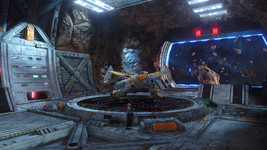 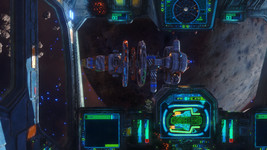 Crank the volume, chamber another round, and burn like hell...

Rebel Galaxy Outlaw is a sort-of-prequel to 2015’s Rebel Galaxy, this time dropping you right into the cockpit and doubling down on the roadhouse vibe of the previous game. It features high-octane space combat, over 20 hours of subspace radio, side activities like billiards and dice poker, plenty of sketchy characters to meet, and sketchier jobs to take on. Nobody’s saving the universe around here - they’d settle for saving a couple of credits. 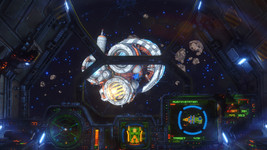 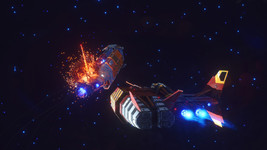 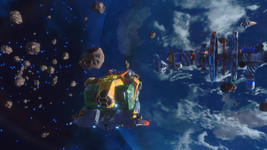 Rebel Galaxy is an action-packed, swashbuckling space opera. You’ll battle pirates, explore anomalies, befriend aliens, scavenge battle wreckage, mine asteroids, and discover artifacts. Choose your path as a roguish do-gooder, crafty space-trader or power-hungry privateer - or maybe a little of each! Buy larger and more powerful craft with your hard-earned credits, and outfit them with a variety of wicked weaponry and defenses. Set in a galaxy of fantastic sights, and secrets to be found, Rebel Galaxy is above all a space epic of adventure, exploration, and combat.