Forbes magazine has published an interesting article on the ongoing development of Star Citizen. As this also appears in the May 2019 print, the article spends some time initially to catch the reader up on the concept of crowdfunding, the history of Star Citizen and Chris Roberts' background as a game developer and movie producer. There's an update on the game's haul so far. It's taken in some $242 million from players and another $46 million in private investment, so they'll soon cross the $300 million milestone. We noted just six months ago that they hit $200 million, which suggests their revenue intake is still surging ahead at a very strong pace and may have actually accelerated in 2019. Per the game's roadmap, the Squadron 42 campaign beta is still a good year away, and there's significant work yet to go on building out the game's universe. 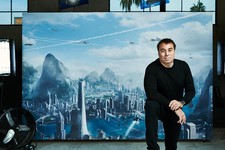 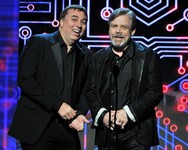 The piece also delves into some of the more controversial aspects of the game's long development cycle, feature creep, Roberts' management style and his personal history. While the author questions whether the game will ever be completed, he also acknowledges there are thousands of fans having fun in what is already available. No matter what happens, it's a sure bet that we're watching gaming history being made here and we'll be continuing to talk about how this saga unfolds for years to come. Check the full article out here.

If you don’t play video games, you probably have never heard of Roberts. But in the world of consoles and controllers, he is Keith Richards: an aging rock star who can still get fans to reach into their pockets. Roberts first gained fame with his early 1990s hit Wing Commander, a space combat series that grossed over $400 million and featured Hollywood stars like Mark Hamill and Malcolm McDowell. He followed that success by starting his own studio, Digital Anvil, with Microsoft as an investor.

Thanks to demi for the tip!