DefianceIndustries took a momentary break from his many other projects to share a bit about the Wing Commander 4 modeling that he's been up to. He's got a high quality WC4 Depot about wrapped up, and he's spent a considerable amount of time differentiating all the different flight decks. A major focus has been to draw up some of the differences between the Yorktown class TCS Victory and Concordia class TCS Lexington - these are getting touched on both the inside and outside to make them slightly more visually distinct in line with their depiction in WC3/4.

...I've been busy. Firstly doing work for Pedro's WC4 remaster project. I've sent over some fighters but for the first mission we also needed Bluepoint/Orlando. It still needs some details but it's coming along nicely. 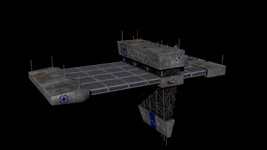 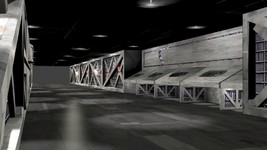 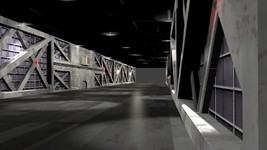 The next item is something of a pet project. The Yorktown vs. The Lexington type carriers. In WC4 the Concordia-class fleet carrier is supposed to be a larger and different ship (even though the model is a redress of the Yorktown). The stats state that the Concordia is 80M longer than the Yorktown but also carries double the number of fighters. In the franchise, it's not really an issue as the only time we see the Yorktown (TCS Victory) is in the FMV movies you never see them side by side. But I wanted to do both models and make them contemporaries, but give them a certain level of visual distinctness, while trying to keep them as close to the FMV and in-game shots as I can get.

So in order to achieve this here goes:

The Lexington is a blockier design the conning tower (bridge) isn't as swept and while the overall lines are the same, the Concordia has fewer nautical lines about it. Additionally, the Concordia has a lot of additional exterior trussing and fewer windows. The blockier shape is required for (in my mind anyway) the additional fighter storage and crew requirements. The Yorktown by comparison is a smoother shape, the look is slightly more "aerodynamic" and the trussing and hull framing are assumed to be internal. Additionally the Yorktown three decks visible between the upper and lower armor panels. 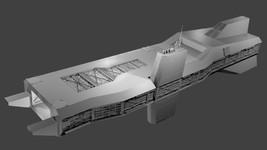 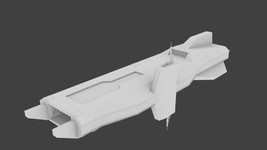 Hangar Decks - while we see a number of different interiors, the hangar decks differ significantly in the details. The Yorktown for instance is roughly 3 decks tall but has two entrances on the flight deck (visible to me at least), the staircase leading down from the ready room, and the doorway onto the flight deck from the briefing room (where we see ol' Blair come out and slap on his helmet - incidentally I haven't added that particular detail yet) The Concordia by contrast has a simpler layout. It's roughly 3 decks tall as well by my reckoning, but only has a single entrance onto the flight deck, the interior stairs leading down from the ready room. (my own second set of fighter cubicles aft not withstanding) the Concordia layout is actually simpler. 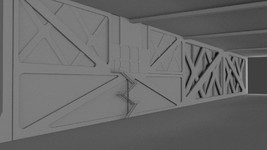 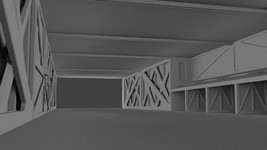 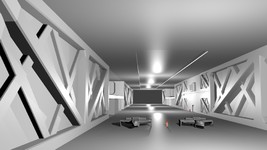 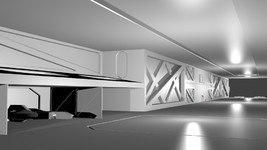 Ok this is maybe a bit nerdy even for me, but I wanted to create two models that when you see them side by side you can easily point and say "oh that's a Concordia" by looking at the ship not the paint job. :)