We've seen Cobra's Explora and Seether's Dual Shadow… today, we conclude the trilogy with Hawk's knife. Lieutenant Colonel Jacob "Hawk" Manley seems to have picked up a new habit between Wing Commander IV and Wing Commander Prophecy. Like Cobra in Wing Commander III, he repeatedly brandishes a large survival knife in various cutscenes, alternatively sharpening it or using it to threaten Maniac. After his death, Spyder bequeaths the blade to the player. Wing Commander Prophecy's script expressly introduces the tool as a hunting knife: "FEATURE big hunting knife as Hawk enters and walks towards table" Later stage directions repeatedly ask Hawk to sharpen or otherwise focus on the knife. 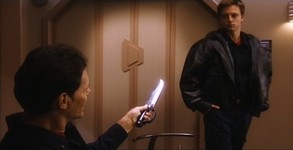 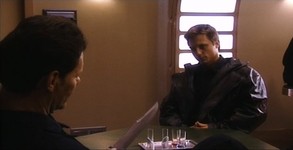 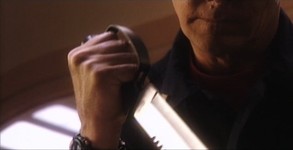 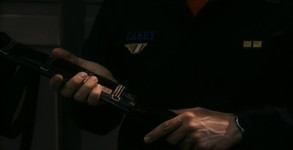 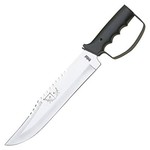 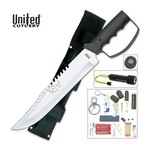