DefianceIndustries has shared some exciting news about another amazing graphical upgrade developed by the community. Pedro and PopsiclePete have helped implement emit maps that will allow for proper glow effects in Prophecy and Secret Ops. This is a huge win for a game that's highlighted by dark spaceships adorned with eerie lights. There's also some great benefits for regular spaceships too. Coming soon to a Secret Ops Model Upgrade Pack near you! 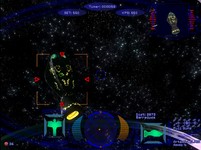 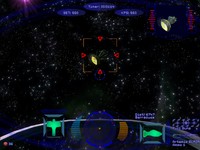 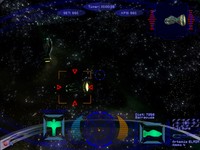 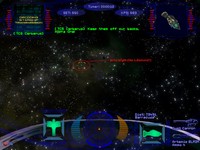 So...it isn't often we jaded MUP-pers get really excited over something, but this is one of those times. The dynamic graphical duo of Pedro and PopsiclePete have been hard at work performing dark magics and alchemy on the Open/GL patch and have given us a gift long sought after: Emit maps!

Up to this point we've had to be creative in how we do things like glowing windows and engines in the MUP. Kevin Caccamo 's awesome Wing Blender tools for Blender allow us to fake emitting surfaces by letting us use shadeless textures. But that means in things like capships we have to ensure that emitting surfaces are attached to other destroyable objects or fake it with a hidden CARGO chunk. Nephilim models were especially difficult because they aren't symmetrical. So we have to do really wacky stuff like use transparency functions on the windows and create a second "emit mesh" that lives just beneath the hull so when you view the model head -on the emitting mesh shows through the hull - and the emit mesh has to be attached as a destroyable chunk like CARGO so it can stop emitting once the ship dies. Because Vision inexplicably doesn't support destroyed base hull meshes or even texture swapping on a destroyed main object, some of this is still necessary. However for ships like corvettes and fighters, this is a huge win!

Why? a couple of reasons: 1) for some reason rounded objects like the engine on the barracuda (being one of the most obvious offenders) as well as the gun pods on the Nephilim fighters don't emit properly using the shadeless texture approach and 2) we are limited to selecting faces and creating shadeless materials for those faces - with proper emit mapping we can actually bake real glows onto the fighters and ships. Hangars can actually look like they're lit by the overhead lamps, hull around intakes can now properly render soft glows, etc. it will add a new level of visual enjoyment to the MUP.

Here are some new shots of everybody's favorite Maestro-killer - the Barracuda, using the new emit maps.