Dennis Mull came across a hardware setup from the mid '90s that's a pretty neat time capsule of the era. The Quickshot "Squadron Commander" QS-202 is a very early example of a Hands-On Throttle And Stick (HOTAS). Lots of joysticks at the time were sold as "compatible with Wing Commander," and this one includes pre-programmed controls for Wing Commander, Wing Commander 3 and Strike Commander. Given the rapid pace of PC advancement during that time, it's pretty cool that you could regularly find equipment that worked with all of these games. The box even advertises Windows 95 compatibility. And there's lots of other titles besides the WC series listed on the box, which gives you an idea of how popular the flight sim genre was at the time. TheSynrgy also put together a cool unboxing of the unit if you'd like to see more! 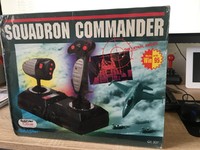 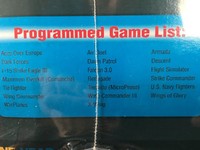 It's kind of a single entendre 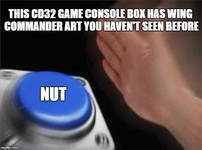