Comparing P2's Ship Seller Before & After

Check out this pre-release screenshot from Privateer 2 that AD discovered and compare it to one from the final game. The UI isn't as developed, ship icons are in color, BUY/SELL is named TRANS-ACT... and all of the ships have different names: JACKAL becomes Straith, FLEA becomes Shaman and MANTIS becomes Icarus. MULE and CORSAIR don't match ships in the finished game! Most interesting: your ship isn't pictured but is listed as a "TIGER SHARK." That's not in the final game, but it IS referenced in passing twice in the flavor text. Melissa Banks is said to fly a Tiger Shark named Fatale (she flies a Faldari when you rescue her). 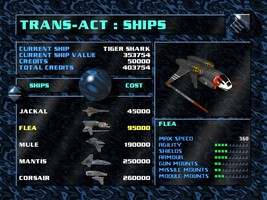 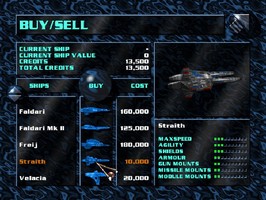 This was part of the CD-ROM Interactive Entertainment previews recently discovered. It's worth comparing side by side here in greater detail, because the differences are so cool!

Wing Commander Meme of the Day: Brace Yourselves X is Coming 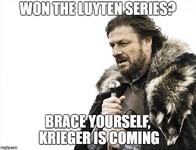