Major space sim hub Space Game Junkie has kicked off a big replay of the Wing Commander series. As we've mentioned previously, lots of people are doing things like this, so we just highlight a few of the higher profile ones where the author has insightful commentary regarding the series' backstory or another unique take. SGJ has dabbled in Privateer recently, but this is intended to kick off a full series retrospective. He even has plans to cover Academy and Armada, which will be a treat since these don't get nearly the attention they deserve. I get chills just hearing him talk about the chills that the game's music and atmosphere inspire. The first five episodes are linked below (click the icon in the top left are starting the video to display the menu of other clips). If you don't see the playlist dropdown, find them here.

Welcome to Wing Commander, my friends! In this series, we'll be playing all of the Wing Commander games, from this one to Armada to Prophecy and everything in between. This week we start with the first game, and in this entry, we do three missions, two patrols and an escort mission. I do pretty well, as I get promoted and move up on the leaderboard! Yay!

Could be either one 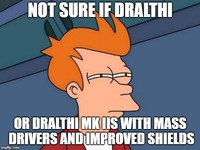