Who knew older gentlemen reviewing action figures was a thing? destructarr has put together a thorough review of the toys for the Wing Commander Movie. While he hasn't actually seen the film or is otherwise familiar with the series, this was his 85th episode, so he certainly knows what to look for. He quickly picked up on how the back of the packaging swaps the label of Marine Blair and Blair in the his flight suit, which is pretty observant. The lineup gets high marks, which is pretty cool given how many figures he looks at. You can find a older but similar clip from a different YouTube Hauler here.

This is an archive of the Wing Commander, Willow, and Monster Force action figure lines. 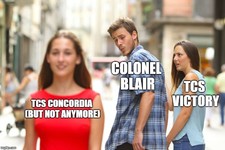