Wing Commander End Run, the second novel in the Wing Commander series, will finally be available as an eBook starting July 3, 2018! Publisher Baen began releasing their Wing Commander tie-ins as eBooks in July 2016 as part of a larger effort to make their backlist available digitally. Due to a clerical error, the second book was not digitized alongside the others and has been waiting for a free spot in their distribution schedule ever since. This was especially unfortunate for those hoping to pick up the series for the first time, as End Run introduces many of the characters and situations that the rest of the books follow. But that's history now: starting in July, wingnuts will be able to relive the entire series as it was meant to be enjoyed... and we can introduce new pilots, too! End Run will be released electronically on July 3; we will update when preorders through the Kindle, iBook, Nook and Kobo stores become available. Want to put your money down RIGHT NOW? The publisher offers advance bundles that collect everything they publish in a given month. The July 2018 Monthly Baen Bundle is available here. It includes six eBooks for $18 USD and must be purchased by July 2nd. Bundle owners will be able to read the first half of End Run starting April 15th! 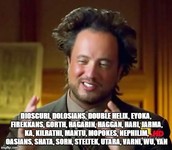