It's a big week for the Homeworld Remastered Mod! Their long-awaited Black Lance upgrade has now been released. Fans can grab it at either the Steam Workshop or ModDB, but users with a current copy will get the update automatically. Although L.I.F. marks this at the point where the remastered mod finally reaches parity with the original WC4 Homeworld, that also undersells all of the great work he's done over the years to expand the game graphically and code in even newer features that weren't in the original. It's been one of the most consistently updated projects over the last few years, and all that hard work is really evident. Great job!

The Black Lance faction has been released as part of the main Flag Commander mod (nothing new to download, it will get automatically added), and the pirate/privateer gameplay feature is included. Enjoy, people!

A really big thanks to DefianceIndustries without whom this would never have been possible, the mate having remastered the ships of this faction. After a bit less than a dozen years, the mod is finally showing the same faction lineup as the initial version by czacen. Dang, it's been a long time. But the work is not over! If I can make work the missile/torpedo/decoy script, there will be a massive new gameplay update. And there is some content to add too over the next few years. Still, the factions are there, the AI is working. Feels damn good, people. Thanks to all of you, to the Wing Commander Saga team, to Deathsnake, to Klavs81, to Howard Day, NinjaLA and all others for their creative work, their willingness to share with their community. And to everyone in the CIC community! 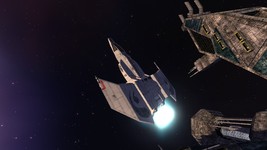 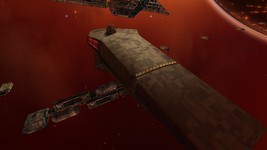 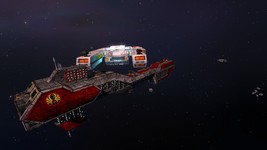