Pix is on another Origin Adventure, and this time it's with the Japanese FM Towns port of Wing Commander 2. WC2 is somewhat unusual in how few ports it got. WC1 is all over the place, WC3/4 got their share of console variants, and Prophecy was even ported to the Gameboy Advance, but WC2 remarkably shows up in just two places besides standard DOS releases: on the FM Towns and again in Windows via Kilrathi Saga. Sadly, a SNES port was made, but it has not yet seen the light of day.

Back to the story at hand, Pix has written up his experiences giving this new edition a go. There's a unique callsign inputter right off the bat, but his overall impression is that it's fairly similar to the PC release. Sound is improved and the Japanese speech is pretty cool, though not full speech (similar to the English speech pack). There's also some pretty darn snazzy box art, so even if you don't have an actual FM Towns unit, this still makes for an awesome collectible when you can find it for a decent price. Check out the full article here or catch up on Pix's earlier FM Towns reflections here. 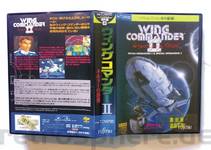 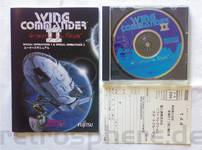 Wing Commander II was released for the FM Towns somewhat belatedly in 1995. Once again it got some cool new box art. I’ve been looking forward to playing this one for a while now actually. WC1 received numerous ports and even a complete remake, most of which I’ve already played through on here. I haven’t played Wing Commander 2 on the other hand since blogging through it about 9 years back. 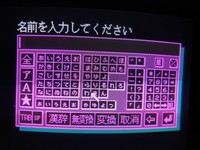 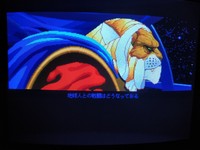 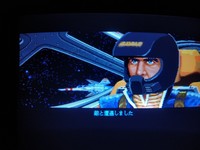